About Us
|
Our Staff
|
Why Choose Us
|
Testimonials
|
Contact Us

A vision to establish a business and a passion to help the people in their time of need is how this dream became reality.

Our founder, the late Mr. Frankie Patterson, had always had theentrepreneurial mindset and began starting his business ventures at a youngage. He had a dream to own and operate his own funeral home in the place hecalled home, Eastover, North Carolina. He began to take interest in thedeceased at the tender age of 5. He later began taking photos of them andposting them all around his room. He knew then what he was called to do andwhere his passion was going to lead him.

Once graduated, he started internships within Funeral Homes around thecity. He spent countless years under the tutelage of many wonderful firms,and one day decided he was ready to take on his next venture... Opening hisown funeral home and adding competition into the industry. In 2002, hebecame the owner of (what was formerly known as) Eastover Community FuneralHome, which has served as Eastover's funeral Home from then until now.

In 2009, Mr. Patterson passed away, however his vision did not. The torchwas then passed to his wife, Mrs. Sharon L. Patterson. Since then, the namehas changed to Patterson Memorial Funeral Home, but the same passion stillremains the same. Mrs. Patterson has branched from her profession of hairinto the funeral industry. She went to school to get her license to be aFuneral Director and says that "It's one of the best things I've everdecided to do."

Working to combine her vision into her husband's, she finally establishedher own Funeral Home in 2017, in her hometown of Lumberton, North Carolina.She saw a need for people in Robeson County, and after much deliberation,she constructed Celebration's of Life by Leggett-Patterson Funeral Home Inc.. 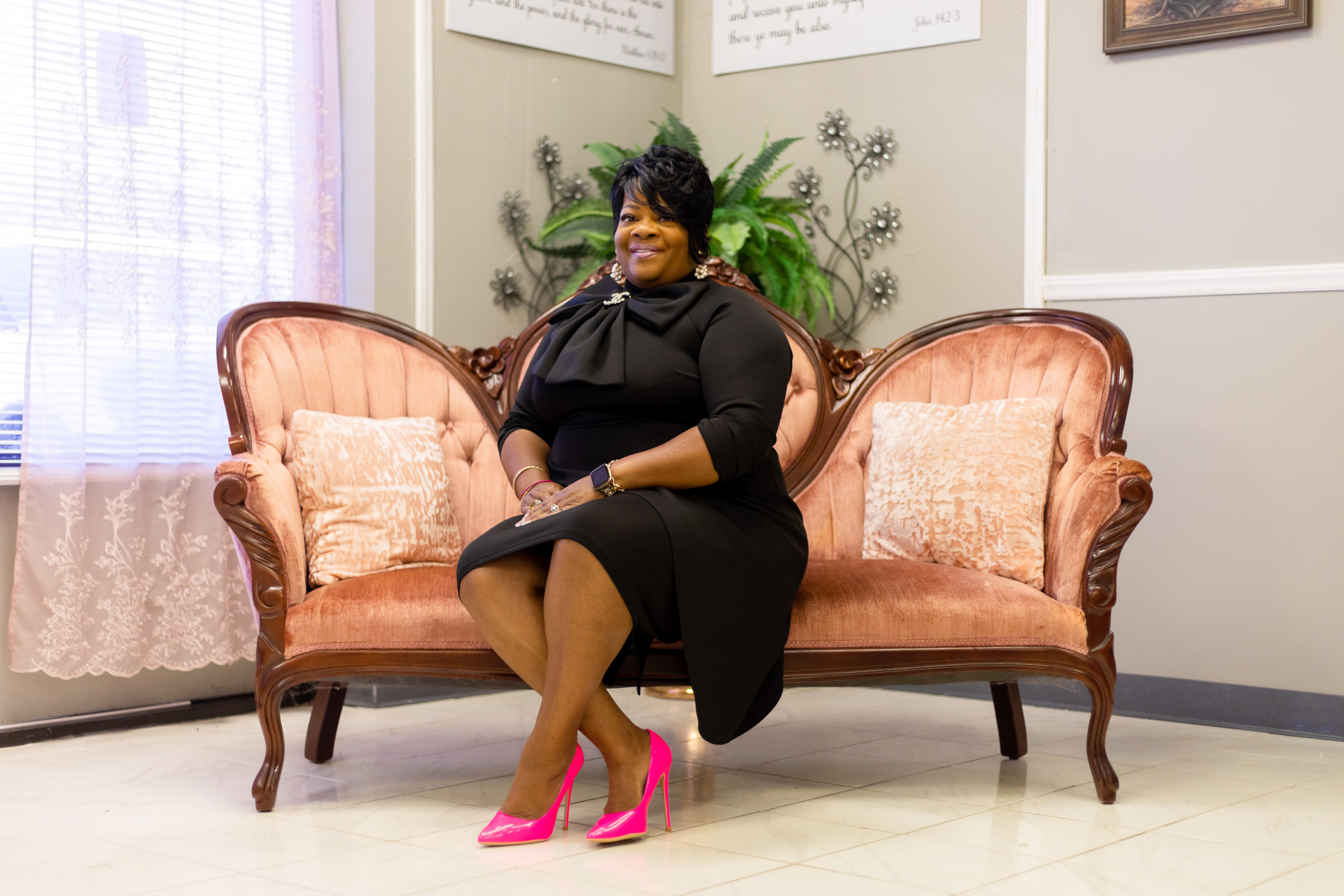 About Us
Our Staff
Why Choose Us
Testimonials
Contact Us

Services
Funeral vs. Celebration of life

A year of daily grief support

Our support in your time of need does not end after the funeral services.  Enter your email below to receive a grief support message from us each day for a year.  You can unsubscribe at any time.