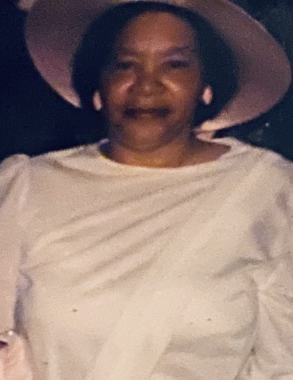 Cleo Essie Love Burns was born to the late Ervin Mitchell and Virginia Love on December 4, 1931, in Lumberton, NC. She took flight on the wings of a snow-white dove and traded her earthly crown for a heavenly one on August 1, 2021, in Raleigh, NC.

She later found Christ and became a devoted member of Bethany Presbyterian Church for many years until her health failed.

Cleo started her career as a stay at home mother. After a few years, Cleo sought out a job at Lumberton Poultry Plant. A few years later, she transitioned work fields and began working for Osterneck Industries; there, she made sandbags for the U.S Army. The fruits of her labor came into fruition and she was later able to retire from there.

Cleo’s passion was music! She loved it and was known for “rocking the piano” with the blues! She also loved dancing and would tell you about the many dance contests she won in her earlier years. Cleo had a heart of gold and was also a caregiver for many of her family members. She would give the shirt off of her back if you needed it and would not think twice about doing so.

Cleo is preceded in death by her husband, Dennis Burns Jr., her parents, Ervin and Virginia Love, a special uncle, Roosevelt Mitchell, and her daughter in law, Brenda Burns.

Cleo leaves to cherish her precious memories: her children, Linwood Burns, Glenda Burns, Gloria Phillips (Emanuel), Billy Ray Burns, Charles Burns, Patricia  Burns-Satterwhite, Denise Jones (Ronald), Terry Burns, and Ervin Burns; a host of grandchildren, great-grandchildren, great-great grandchildren, nieces, nephews, and cousins. Cleo will be deeply missed by all those who were fortunate enough to come in contact with her!

Click to download / open
To order memorial trees or send flowers to the family in memory of Cleo Burns, please visit our flower store.